Nexus S torn down by iFixit

Nexus S torn down by iFixit

Want to know what's inside a Nexus S? It's not peanut butter or creamy nougat, but it's almost as good. The folks over at iFixit put their screwdrivers on turbo mode and have the Nexus S in a few dozen pieces, here's some of what they found:

* Only the front glass panel is curved, the rest of the touchscreen components are flat as usual.
* It's using the same low-power Broadcomm BCM4329GKUBG WiFi chip as the third generation iPod Touch.
* The internal storage is a SanDisk SDIN4C2 16GB MLC NAND flash chip, so there's none of that soldered in SDcard monkey business we've seen with other recent devices.
* The front facing camera (640x480) and the rear 5MP camera share the same connector and are essentially one unit.

There's more, and if you find this sort of thing fascinating (I feel you, I do, too) hit the source link and follow through the steps. Screwdriver not included 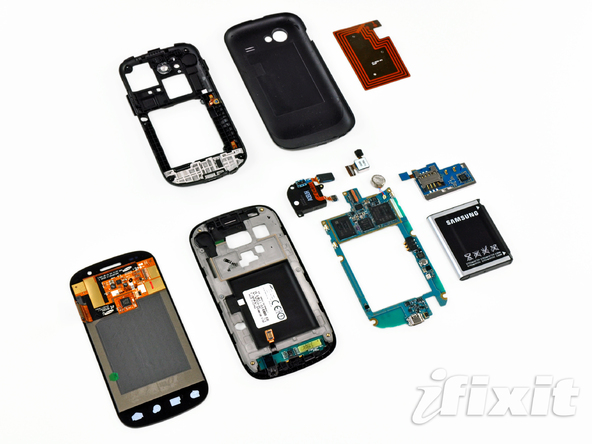